Riaan Fourie is employed as Extension Officer of the Cape Peninsula FPA’s North Ward, made possible through funding from the GEF Fynbos 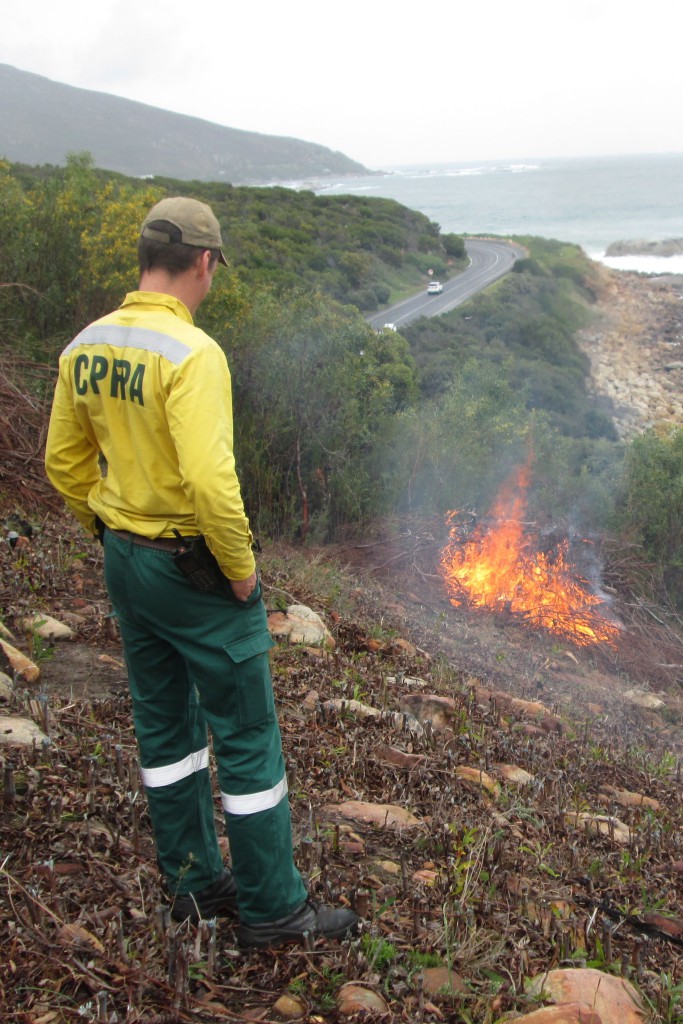 I have been employed by the Cape Peninsula Fire Protection Association (CPFPA) through the funding of the GEF FynbosFire Project for the past year and a half. As Extension Officer of the North Ward, I operate in the northern section of the Cape Metropolitan, but I am involved in all forms of Integrated Fire Management (IFM) throughout the whole domain of the CPFPA.

So, on Wednesday 18 November at approximately 15h30, I was activated as part of the ‘initial attack’ team that fought the Simon’s Town wildfire.

I recently completed the GEF FynbosFire funded ICS Divisional Supervisor course and was placed in charge of one of the divisions of the wildfire, reporting directly to the Operations Section Chief, Clinton Dilgee, from Table Mountain National Park. I was on the fireline in various shifts from 15h30 on Wednesday until 10h00 on Thursday.

I was assigned to Division A, which was essentially the right hand flank with various ground crews under my supervision. The terrain was treacherous and the vegetation within this Division does not have an official veld age assigned to it. This made fighting the fire both extremely difficult and dangerous. As the fire developed into an extended attack, properties were damaged and some lost during the fire.

I formed part of the ‘mopping up’ operations after the fire was put out and was Divisional Supervisor of one of the divisions responsible for putting out all remaining hotspots on Friday 20th November.

I have been fortunate enough to attend various IFM related training interventions funded by the FynbosFire Project and feel that all these courses gave me the knowledge and skills to assist where necessary during the course of the Simon’s Town Wildfire, and hopefully made a solid contribution in the suppression thereof.