In the international world of wildfire fighting, there can be few places more challenging than the Cape Peninsula. 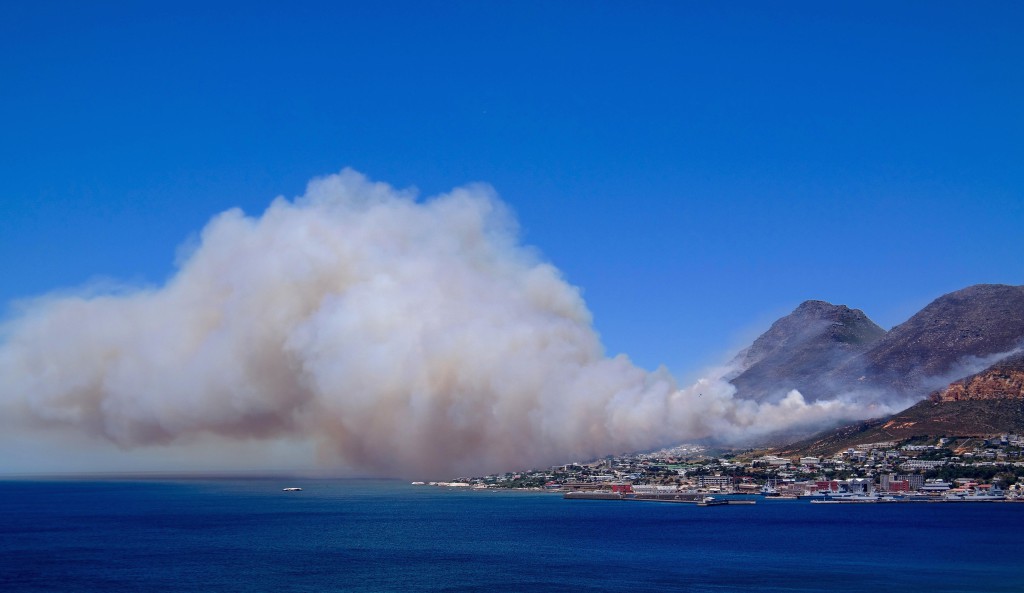 Although only about sixty kilometres in length and averaging sixteen kilometres in width, it’s largely a mountainous national park flanked by the City of Cape Town and on all sides by suburbs, resulting in a weaving, mountain pass littered wildland-urban interface of several hundred kilometres within its small territory.

To this mix, add one unavoidable but vital fact: almost the entire Fynbos Biome comprising more than 2285 different plant species encased by the Cape Peninsula is fire regenerated.

In the past the official response to fire has been erratic, insular and un-coordinated.

But now, thanks to the United Nations Development Programme, the Cape Peninsula Fire Protection Association (CPFPA) has been receiving invaluable support from the GEF funded FynbosFire project (FFP).

This UNDP project, with funding of US$3,5m by the GEF Special Climate Change Fund, is being implemented on behalf of the South African Department of Environment Affairs (DEA) by the Kishugu Group’s Public Benefit Organisation (NPC). The Kishugu Group also implements the hugely successful South African government’s Working on Fire programme.

Recognising the difficulties posed by managing a fire dependant biome, the project focuses on parts of the Western and Eastern Cape which contain the Fynbos Biome, the world’s smallest but richest floral kingdom.

Thanks to the project the CPFPA has been able to employ FPA managers and extension officers utilising GEF funding, with the primary aim of increasing membership, making the CPFPA a self-funding association capable of expanding and providing all members with fire management support.

In addition, this funding will ensure that current systems, such as the Advanced Fire Information System (AFIS) – which is a satellite based fire monitoring system invaluable to real time fire monitoring – are ongoing once the GEF funding expires in 2016.

After a particularly dry winter, the 2015/2016 fire season has picked up where last seasons fires left off, and in the space of a week no less than three major fires have ravaged the Peninsula south of Muizenburg. 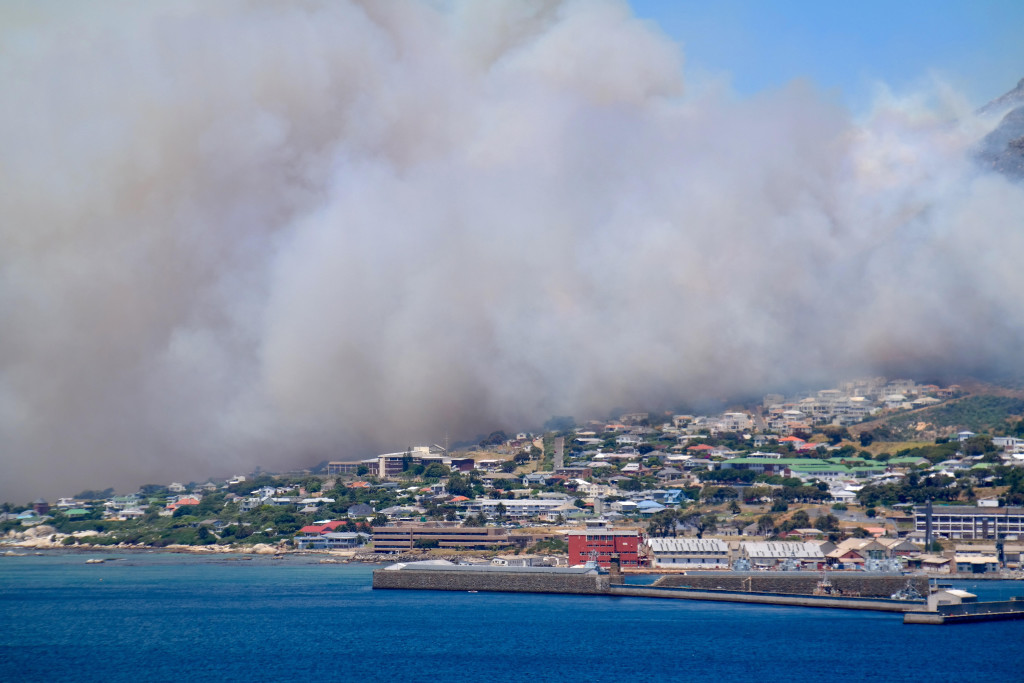 The last – on November 19 – above and around the naval town of Simon’s Town, was particularly damaging, and mutated into every fire fighters’ nightmare: it jumped from wildland to property and destroyed several houses. Never was the wildland-urban interface seen to be more vulnerable.

And in February this year there were disastrous fires raging across the Southern Peninsula, destroying homes and bringing local communities to a standstill.

Up until late in the 20th Century the focus had always been on suppression of fires, but by 1998 no less than fourteen separate bodies governed the various parks on the Cape Peninsula, and there was no cohesion in fire strategy amongst this disparate group.

Add to the mix the City Fire and Rescue Services, volunteer organisations and both Provincial and National Disaster Management, and you have a recipe for chaos: not only in fire suppression, but in overall fire management.

This was all changed in late 1998 when the whole of the Peninsula was declared a single conservation body, and Table Mountain National Park was incorporated and placed under the stewardship of SANParks (South African National Parks.)

With both hindsight and foresight, an integrated fire management plan was commissioned, and as part of the ongoing strategy the Cape Peninsula Fire Protection Association (CPFPA) was formed, with the broad mandate to coordinate the management and implementation of the fire management plan.

The integrated plan recognised that input was required from all stakeholders in the Peninsula: public, private, corporate and national.

Philip Prins, the Manager and Senior Fire Protection Officer of Table Mountain National Parks Fire Services also acts as chairman of the CPFPA, and he is ideally positioned to act as the pivot around which all role players in Peninsula coordinate their fire planning.

He is forthright in his approach: “Fire is too often seen as a disaster that has to be extinguished. The management of fire in the Western Cape is a complex process, and must be an integration of planning and prevention as well as suppression when required.”

The problems he faces up to include a lack of basic knowledge surrounding public responsibilities. “The Veld and Forest Fire Act requires all qualifying landowners who border on veld or forested areas to comply with strict fire fighting regulations.

These include having access to trained firefighting personnel and equipment. Individually this is normally not feasible, but as members of the CPFPA they will have the backing of all our partners.”

At its inception, the CPFPA was responsible for the wildland area contained within the Peninsula itself, but expansion has seen the addition of wards on the West Coast and Helderberg areas, giving an overall area covered of over 2500 sq km in total; a tall order in a fire prone environment.

Promotion of the CPFPA is a crucial aspect of its operation, and will ensure its future as an effective body that can coordinate private and official aspects of fire management.

Pierre Gallagher is General Manager responsible for operations of the CPFPA, and one of his primary responsibilities is to increase membership and active participation in the association.

“The CPFPA focuses on implementing integrated fire management in the Cape Metropolitan Area. The association includes all the landowners and role players required to share knowledge and resources.

Private landowners are allying themselves to a managed process that encourages cooperation, shared resources and the sustaining of both conservation and long term financial objectives of all landowners: state, local authority and private. Joining the CPFPA is probably the wisest decision made by any landowner who is likely to experience the effects of wildfire.”

Table Mountain National Park is a national treasure; a World Heritage Site and consists of the smallest and most threatened of the world’s six floral kingdoms. Now, with the support of the GEF FynbosFire Project, the CPFPA is working to coordinate and grow fire awareness. Its future is a lot more secure, as is that of the people and environment.