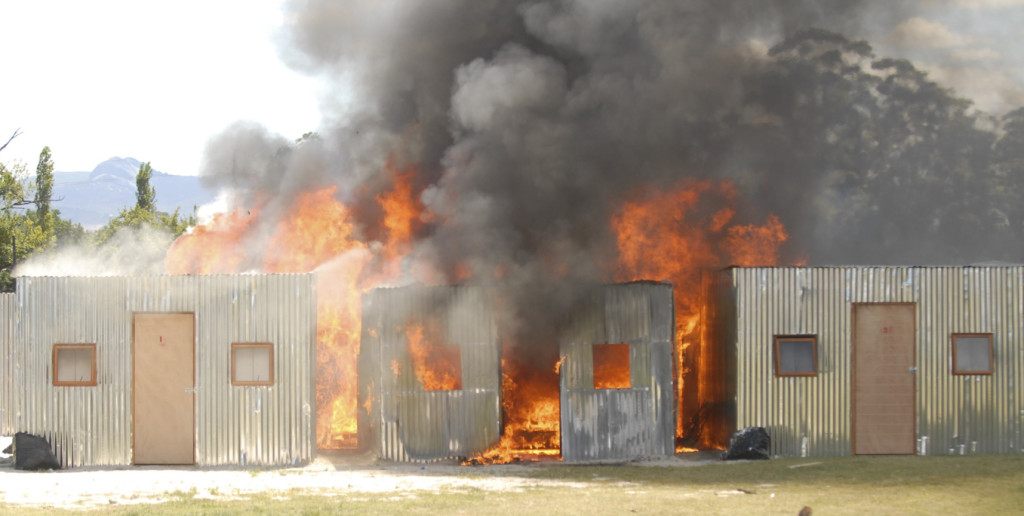 An experiment has shown that the design of low-cost structures, in conjunction with fire-retarding composite timber boarding, could dramatically reduce the spread of shack fires in informal settlements, while the pressures for more formal housing are being addressed.

The recent test demonstrated how a fire started in a conventional shack engulfed the structure, and spread to adjacent shacks within three minutes, while structures whose design included being lined with composite timber boarding contained the spread of fire.

The concept is based on the “Light House” pilot project, a process of beneficiary-led design, developed by the NGO, Design Change.

When the structure was placed in the pathway of the fire, it was only partially damaged, whereas all of the five conventional shacks were completely gutted by the fire. 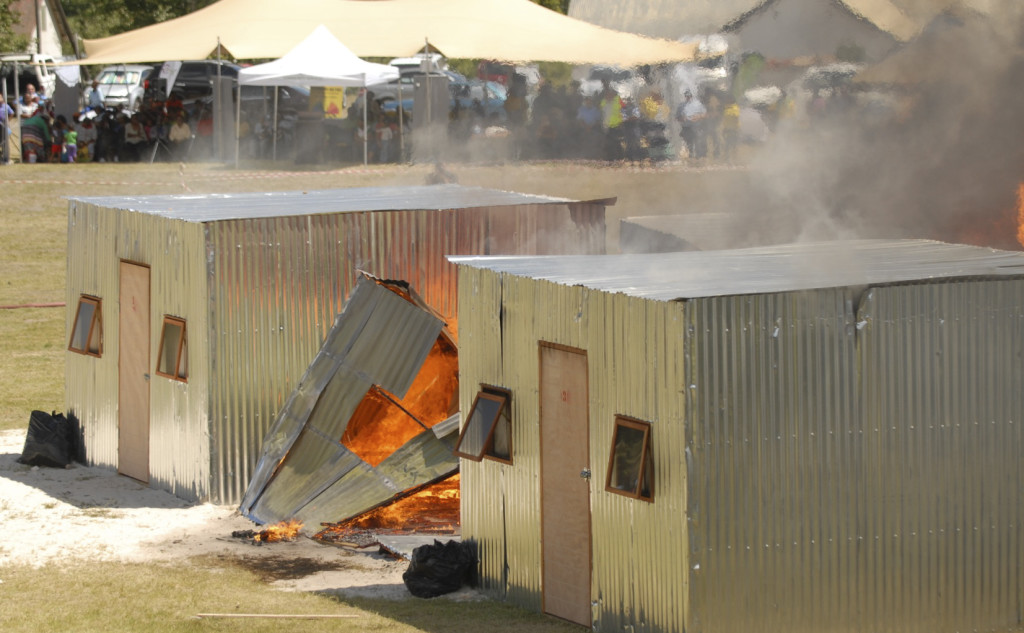 Conventional shacks were quickly gutted by fire, whereas specially designed homes cladded with composite wood that can be made from invasive alien plants, were left standing. This experiment was a first trial, witnessed by the Minister of Environmental Affairs, Deputy Minister of Public Works, and the Mayor of Stellenbosch.

The “Light House” design process aims to provide alternatives to existing forms of temporary shelter, that is resistant to fires, through design considerations (including innovative “fire-shutters” to contain the spread of fire) and cladding with cement-fibre board that can be made from invasive alien plant materials.

The design was not only shown to enhance fire-resistance, but also offers benefits that enhance thermal comfort, safety, noise reduction and flooding protection, food security, as well as denying access to rats and other vermin.

The Minister of Environmental Affairs, Edna Molewa, praised the experiment, calling it potentially far-reaching in Government’s efforts to address the plight of those living in informal settlements.  “Those living in fire-ravaged informal settlements lose the little they have, including vital documents.  They often have little or no savings, and no insurance.  They must start again from scratch.  To see the three experimental structures still standing, whilst the shacks had been completely destroyed by the fire, was an exceptional achievement,” Minister Molewa said.

The Deputy Minister of Public Works responsible for the Expanded Public Works Programme, Jeremy Cronin, added that the potential of the utilization of the invasive biomass in the construction of fire-resistant structures could have a significant benefit for the creation of jobs, in addition to the safety, dignity and other benefits.

The experiment ended with two helicopters and two fixed-wing bombers from the Working on Fire programme demonstrating their prowess in helping to prevent fires from spreading, by dousing the area in a spectacular display.

A further, comprehensive trial is planned, together with all relevant role-players.  In addition, a cluster of Light Houses for Working on Fire fire-fighters will be constructed, again in a Government-led partnership that includes Design Change, the programmes of the Department of Environmental Affairs, and the Stellenbosch Municipality, working with the intended beneficiaries. 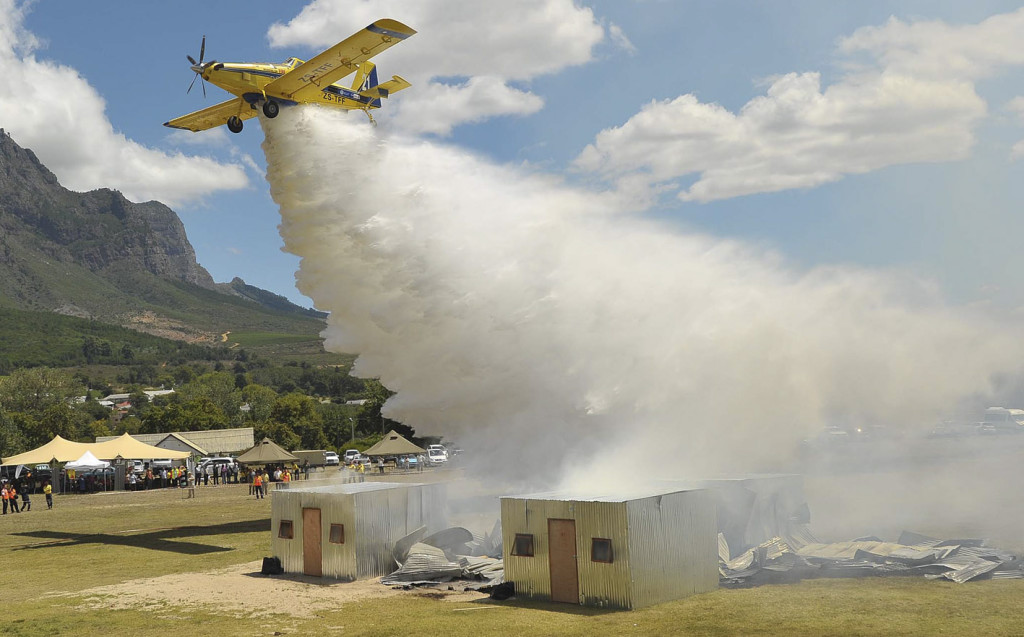 A fixed-wing water-bomber from the Working on Fire programme demonstrates its ability to stop the spread of fires in informal settlements, at the experiment carried out by the Department of Environmental Affairs and the Stellenbosch Municipality.