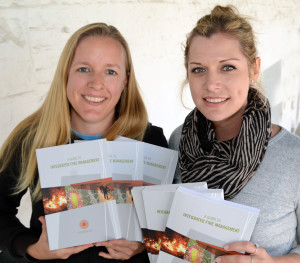 Unwanted wildfire that kills people, destroys homes and crops and impacts negatively on local economies will become, climatologists say, one of the most visual impacts of global warming.

Now, thanks to a United Nations Development Programme (UNDP) initiative, a comprehensive handbook has been published as a guide to firefighters, landowners, NGOs and local authorities globally, to implement Integrated Fire Management (IFM) practices.

“It’s a tribute to the South African firefighting fraternity that we now have a handbook that will contribute globally to reducing the threat posed by unwanted wildfire as a result of climate change, urbanisation and a host of related factors”, she said.

The USD3,5m FynbosFire Project focused on climate change adaptation and disaster risk reduction in the Fynbos biome, stretching from the Eastern Cape to the coastal regions of the Western Cape. 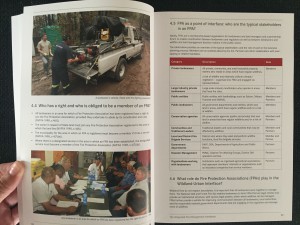 It also details how to set up and manage Fire Protection Associations (FPAs) aimed at combating the threat of unwanted wildfire.

The three-year project that resulted in this benchmark “A Guide to Integrated Fire Management“, published in June 2016, was implemented by LANDWORKS™ (former Kishugu NPC) in what was labelled the “FynbosFire Project.”

It is implemented through the GEF Special Climate Change Fund, with the support of the South African Government’s Department of Environmental Affairs.

The Kishugu Group is globally acknowledged as leaders in Integrated Fire Management and also implements the South African Government’s Working on Fire programme.

Fynbos is unique in that many of the plant species in Fynbos require fire to regenerate. Hence the tagline that prefaces the handbook: “Fire is a bad master but a good servant”.

According to Val Charlton, the FynbosFire Project aimed to embed the IFM system in wildfire management.

The handbook discusses IFM, explores legal frameworks, reviews the relationship between landowners, land management and fire, and gives detail on the formation of Fire Protection Associations, who are at the heart of the implementation of IFM.

It also discusses the formation of FireWise Communities, reviews stakeholder mobilisation and devotes chapters to risk assessment, the science and development of firebreaks and post-fire land rehabilitation.

The last third of the handbook gives samples of documents required for the formation of FPAs, examples of reporting and other related documents including how to create a “fire plan”.

“It’s a groundbreaking, practical handbook that will become the “bible” for IFM and a reference to authority in wildfire management for years to come,” said Kishugu Managing Director, Chris de Bruno Austin. “We are only too pleased to the UNDP, DEA and our supporters in this field, to have been able to offer this tangible contribution to the global interventions concerning wildfire.”

For more information, please contact Henda Kellerman at LANDWORKS™ on henda.kellerman@landworksnpc.com or 021 712 5223/5251.